I bought this stand for my iPhone 5S from Amazon called the
Twelve South HiRise for iPhone/iPad mini-brushed Metal Stand Designed to Work with your Apple Lightning Cable.

It’s open style allows you to adjust the stand so you can charge or sync your phone, without removing it from a case.

The top picture shows it supporting the phone without a case. It does NOT come with a cable or a connector at all. It uses your existing USB to Lightning cable in an ingenious way as the price of the stand is less $$$ than the limited Apple dock, which always requires removing the case.

It also works with the iSmooth 6′ cable. Really ingenious way around having to pay Apple a licensing fee in order to embed the chip in Lightning cables and docking accessories. Like, Apple needs the extra coin a small cable generates. Brushed aluminum matches MacBook Pros and Apple displays and iMacs.

I went through too many gel and rubbery cases wearing the stretch out having to remove them all the time. Apple puts a lot into the design look of its phones, but drop them onto a desk and the glass shatters or the frame dents. They have not resolved simple impact damage that can occur, except to extract another fee from us for “insurance”. So the case industry flourishes. Not a problem until Apple decides those will need a chip to work as well!

The older rubberized cases were okay but I now use the slim fitting NuGaurd case distributed by OWC.

NuGAURD PROVIDES perfect shock protection without being difficult sliding into a shirt or coat pocket. It’s slimmer than any of the other rubbery cases I’ve had on previous iPhones.

I really enjoy the faster processor and overall speed of the 5S. Of course the iPhone 6 is just around the corner. I will be pissed if Apple changes the cable again. Of course the logical evolution would be a phone that could charge without a cable at all. It can sync without one now, so that might be the next “Big Thing” for iPhones. 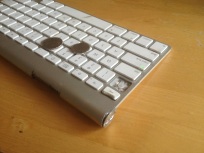 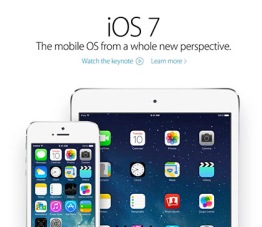 I think the AppleTV will be a great success for Apple, perhaps not as great as the iPod, but successful none the less. I can foresee several different model type AppleTVs in the not to distant future, and third party software specific to that device. I think that they will soon come out with a model, perhaps more a Mac-Mini or a double-wide AppleTV with full OSX capability and a Blu-Ray drive with true 1080p HD output, wireless mouse and special multi-media keyboard. A double wide case could use standard size hard drives with cheaper, higher capacity storage space.

So really all AppleTV would have to be is a Mac Mini with additional AV outputs, and the cool simple interface it now uses triggered by a slightly more useful remote or controlled by an iPhone. Professional stereo equipment conforms to the same 19" rack standard size just like computer racks. Even a 3x19" high unit would conform to the size footprint of consumer electronics. AppleTV already looks sort of like a Mini anyway, doesn't it?

Is AppleCare Worth The Expense?

Typically, I have to concur with Doug Noble about rejecting "extended warranties" in the past. That said however, it still is an extra profit center for manufacturers, and really doesn't ever cost them anything. If you consider they to invest your money the entire time they have it, until your machine breaks, they have made the cost of repair ten times over what you paid.

But then on the consumer side, there is a distinct advantage for buying Applecare. I have repeatedly spoken about how I buy machines, always opting for a refurb than a new box. Never buying the first generation to begin with of a new model in the first place and NEVER without Applecare.

Apple does have the reputation for excellence in design, engineering and manufacturing. However precise electronics parts manufacturing might be, there are always flaws that can occur.

Mother boards are made by soldering the parts onto the board. Solder is a pliable soft lead based metal that is affected by heat. We ask know computers generate heat. Even today server rooms are kept as cold as they can make them, in order to protect delicate electronics from heat and humidity.

One of Steve Jobs "pet peeves" was fan noise. Evidenced by the lack of a blower or fan at all in the original iMac. That machine baffled me completely. No floppy drive, outrageous? No serial ports, only USB? NO FANS? Surely Apple has lost it's friggin mind!

IMac was the first significant change in Apple's lineup upon the return of Steve Jobs from NeXT computers. I expected that first machine to be more like the cube NeXT box. But a transparent Aqua  bubble with a hockey puck mouse? I sold off most of my Apple stock (only to buy it back later on) thinking the pundits were right, "Apple is a dying company".

Use Care When Applying Updates – iPhone – I lost my Contacts!

I made a BIG boo boo when I've applied the iPhone updates by not remembering I chose to sync my Address book contacts through MobileMe push. I chose this option through iPhone Settings>Mail, Contacts, Calendar, and actually took me an hour+ to sort out what happened, and then remembered setting it there. After applying the update, I chose to "overwrite the iPhone with this sync" at the bottom of the iTunes "Info" window under the the iPhone tab. This didn't override the default email accounts (none reloaded after the update and restore). I had to go through and re-choose all of my iPhone sync preferences and turn off MobileMe sync in the iPhone itself. Needless to say I panicked! I did find them again, but it took a while.

In order to use MobileMe push email, you need to choose your main MobileMe account, in order to make it work correctly. I have several alias' and one additional PAID FOR mailbox (alearner.com) which I prefer to use for most communications. Push email will NOT WORK if you use an alias mailbox as your primary email address OR an additional email address. Addressbook and iCal sync ONLY WORKS WITH THE PRIMARY ACCOUNT EMAIL ADDRESS.When I first signed up with a PAID account for .MAC - my first email choice was in use (by me of course for the "free 90 day trial", but i didn't remember when or where I set up alearner@mac.com). Nor did Apple make it really clear as to how to upgrade your trial (after it had already expired). It is still unclear to me how to apply a store purchased MobileMe account, to an existing account.Bottom line was that when I performed the 2.1 update, the phone choice of MobileMe sync overrides the iTunes sync. It said so right at the top - "Address book sync is being performed by your Mobileme account" I searched MobileMe for an hour before I remembered setting up the preference in the iPhone itself. It would be helpful if a reminder of where that setting is in the warning within iTunes where the update occurs.

Some time ago (while still .DOTMAC) I tried to call Apple to sort it out so i could get alearner@mac.com as the "official" account. At that time however, they told me I would have to delete the account I want to use (alearner@mac.com) and re-establish a "new account" using that email address. I also had to wait 90 days after the deletion. Since that "alias" account is the one that I choose to use (not alearner1@mac.com - THE MAIN ACCOUNT), I feared that would be difficult and confusing for my clients so I didn't do it.

I might make another attempt to correct this, but I suspect since there is transactions that occur with the "main" email address, this again might be difficult. The accounts are keyed by Apple with your email address. Ironically, the hundreds of machines I have set up in the past as an administrator using my alearner@mac.com email address, show up in the Applecare database as my purchases. I guess Apple thinks I am a major purchaser as they are always most helpful when I seek AppleCare support!

I also might wait a day to apply OSX Updates - I have not seen any severe warnings, but I think it might be prudent to wait until any trouble reports trickle in. 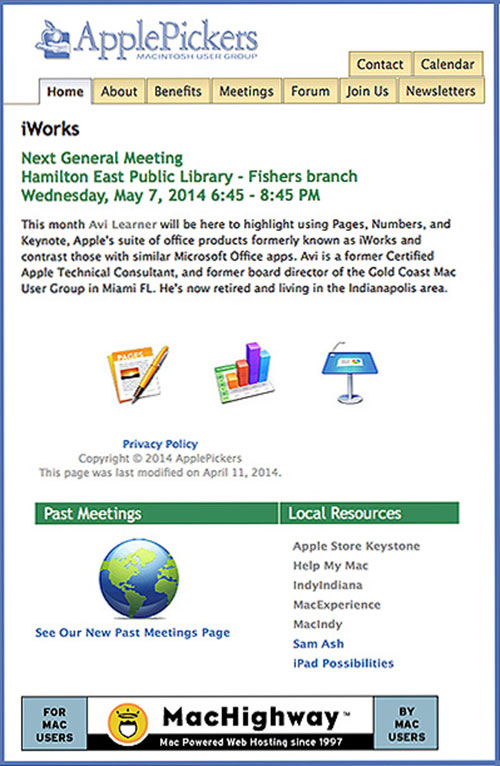 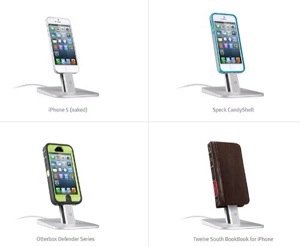 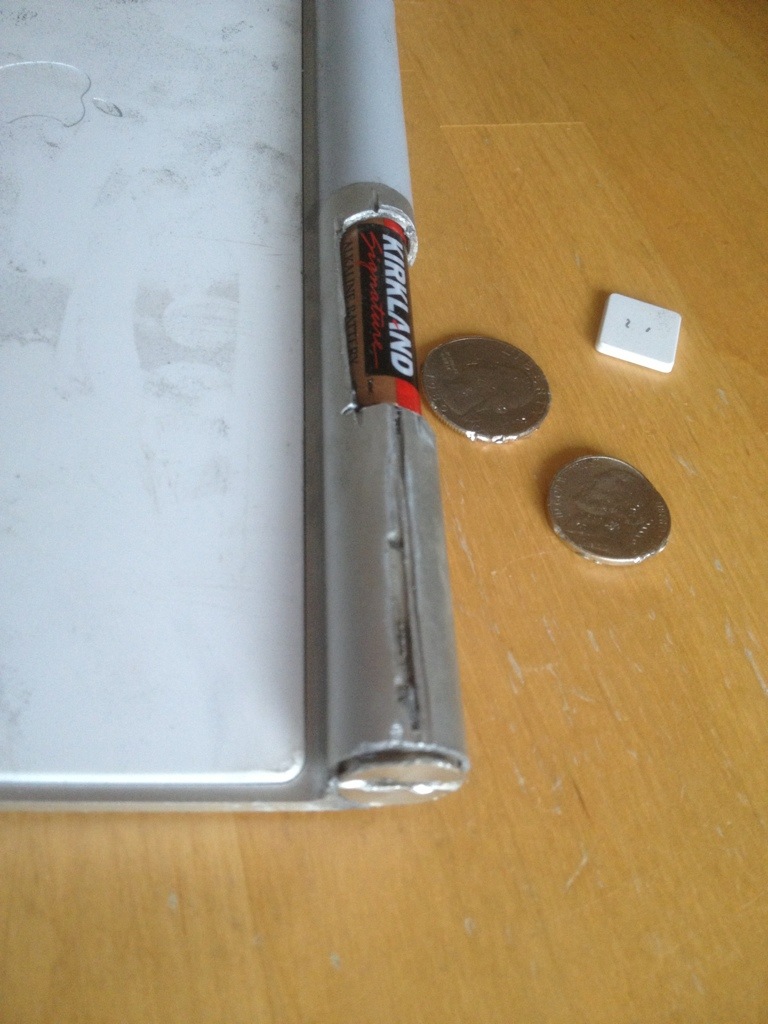 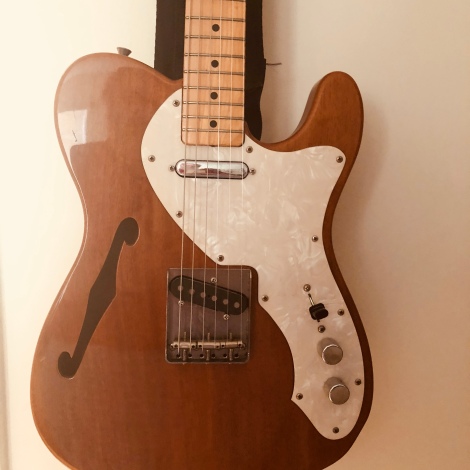 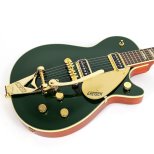 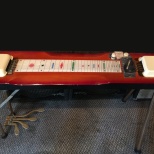 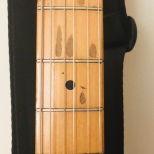 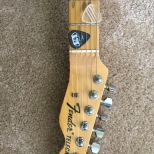 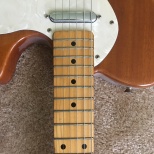 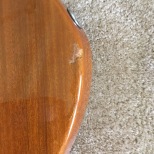 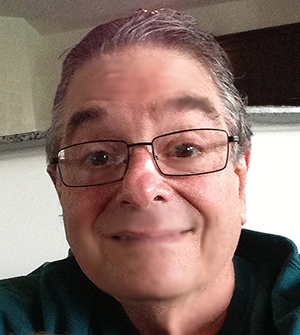